Ham hocks are a very reasonable and versatile cut of meat. Yes, it takes some time and a bit of effort but the end result is definitely worth it. Think of those little pots of shredded ham hock you can buy at quite an expense….. making your own means you can not only end up with a large pot which you freeze but you can add flavours of your choice and also end up with a large pot of stock which can be used for soup, sauces or gravy. 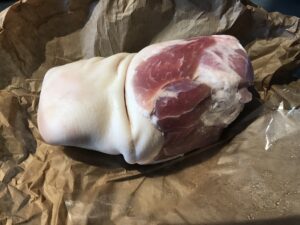 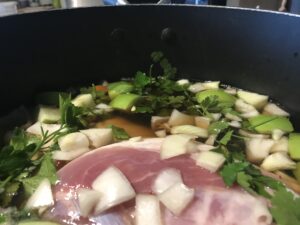 I’ve used Guinness to boil the hock, before marinading it in a paste of pomegranate molasses, honey and mustard and baking, to glaze it. 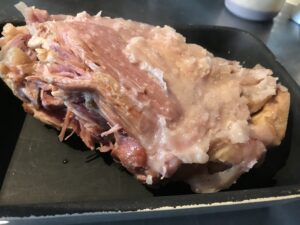 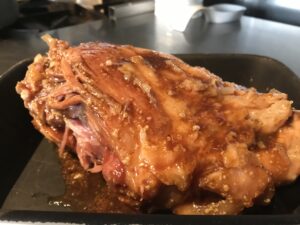 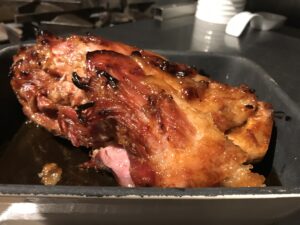 Pomegranate molasses is great to have in your cupboard and can be used to add flavour to dressings and marinades. It has a sweet fruity taste with a slightly bitter aftertaste slightly similar to grapefruit, which compliments most meats and chicken. It is used a lot in Middle-Eastern and Turkish cuisine with its origins in Iran, and is often used in curries and tagines, including grain and vegetable-based. 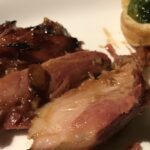 Tip: In keeping with the Irish connection serve it with champ for a  delicious dish.  Use any small pieces in a quiche or omelette.