The definition of the word dessert is a sweet course that is served at the end of a meal. It is usually made up of sweet foods, but can also contain other items, such as herbs and cheeses. The term ‘pudding’ has become synonymous with the term ‘dessert’ in the United Kingdom and a few surrounding countries. However, pudding itself is a dessert dish as well as a savoury dish that is part of a meal.

Suet puddings with steak and kidney or mushroom and leek are typical examples.

The word pudding is believed to come from the French boudin, originally from the Latin botellus, meaning “small sausage”, referring to encased meats used in Medieval European puddings.

Though not always admitted, some people prefer to use the term dessert as against pudding as this has connotations of class. Using “Dessert” is thought to be posher than a homely pudding. This distinction has changed with more traditional recipes making a fashionable comeback in recent times – such as Spotted Dick, bread and butter pudding and the timeless Trifle!

This ‘pudding’ or ‘dessert’ gives a twist on the original Summer Pudding. 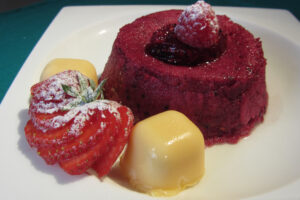 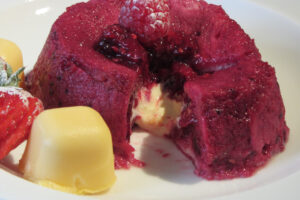 You can increase the quantities to make a large pudding. 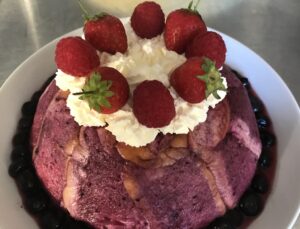 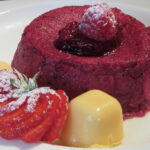 Ingredients for each individual pudding using a small ramekin.

To make a large pudding for 4-6 people in a pudding basin, multiply the ingredients by 5.