Brussel Sprouts…. always a talking point…. a bit like marmite and always associated with Christmas. Brussels sprouts , their full name, first appeared in northern Europe during the 5th century. Later in the 13th century they were cultivated near Brussels,Belgium, from which they derived their name. In the UK we tend to call them Sprouts.

Many people have the memory of crossed-bottomed soggy, bitter baby cabbages!

People boil them, roast them, fry them, eat them raw in a salad, steam them, stir fry them and try to disguise them with bacon, chestnuts or in a soup. To keep most of their healthy properties, stir-frying and steaming are the best way to cook them.

Over-cooking sprouts gives them that unattractive grey hue and the strong flavour and odour that so many people find objectionable.

They are a very versatile vegetable and a good source of Vitamin C and Vitamin K as well as being one of you 5-a-day.

I use coconut oil in this recipe which adds a nice nuttiness, but also compliments the strong flavour of the sprout. 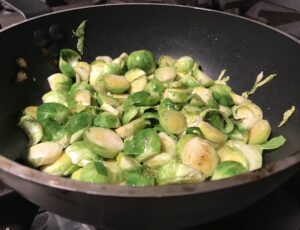 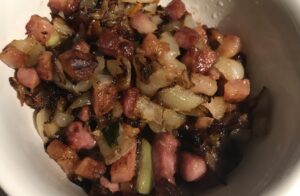 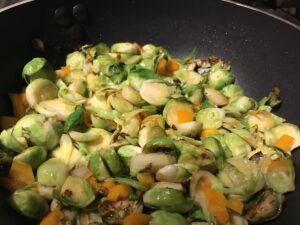 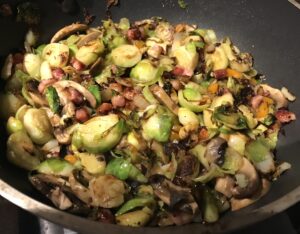 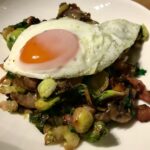 To serve Divide the mixture between 2 plates. Top with a fried egg and if using, sprinkle with chilli flakes.  For a vegetarian option replace the pancetta with diced paneer or marinated tofu.
Categories:
21 Views 0 Comments 1 Likes
Sharetwitterfacebookgplustumblrmail 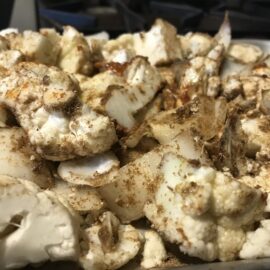 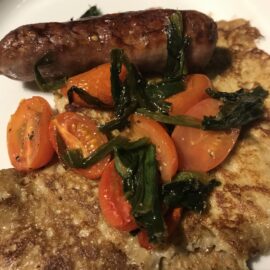 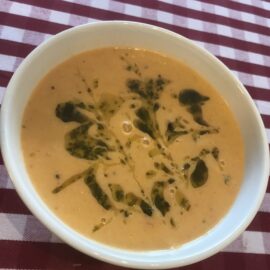 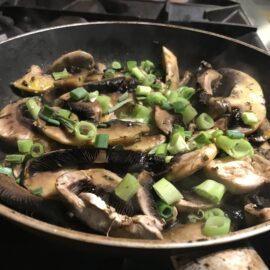